This activity focused on spatial model integration for a macro-scale assessment and reporting on pattern, fragmentation and connectivity to support European policies on Biodiversity, Forestry, Natura 2000 and Green infrastructure.

Forest pattern, fragmentation and connectivity
This activity aimed to identify a generic and reproducible set of spatial indices to measure landscape pattern and their changes, which could in a second step be customized for specific species and habitats particularly vulnerable to fragmentation. The set of spatial indices were derived and organized into five main families.

Further details are provided in these publications:

Connectivity of Protected Areas
This research developed a connectivity model used for a macro-scale vision and assessment of spatial pattern of the Natura 2000 network. In particular, the functional connectivity indices described the connectivity of the protected areas within the inter-site unprotected landscape. The indices were based on dispersal function computed with least-cost distances and influenced by the distribution and the size of the sites, their distance and the land cover/use among them. 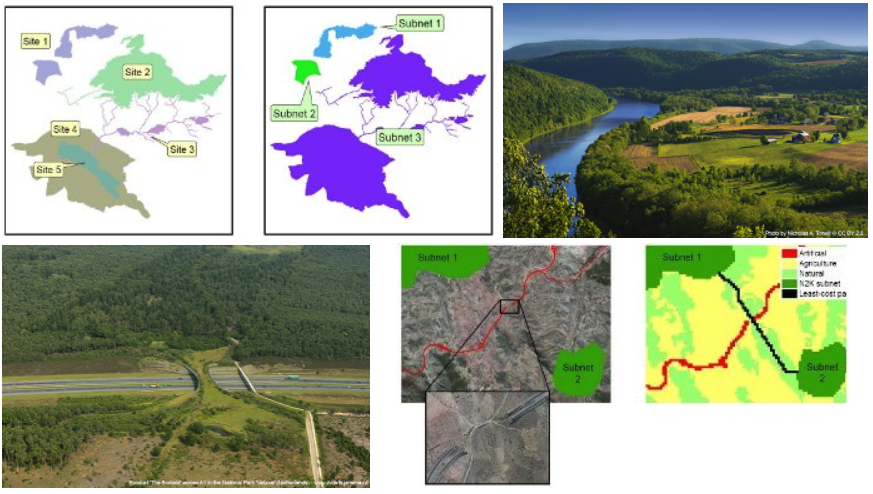 Further details are provided in this report: